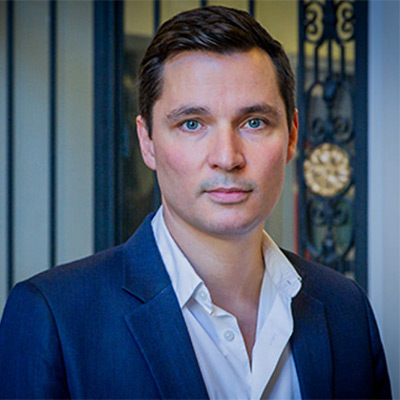 Simon read music at King’s College, Cambridge before studying piano accompaniment with Michael Dussek at the Royal Academy of Music. He is a currently professor of collaborative piano and a vocal repertoire coach at the Royal College of Music, London where he also in charge of the collaborative piano course. Since 2003 he has been an official accompanist for the BBC Cardiff Singer of the World Competition.

Performance highlights have included an invitation from the Wigmore Hall, London to present a three concert project on the songs of Joseph Marx; a recital tour with Stéphane Degout which included the Ravinia and Edinburgh Festivals; his debut at Carnegie Hall, New York with mezzo Karen Cargill and at the Frick Collection with Christopher Purves; performances of the Schubert song cycles with Mark Padmore including at the Schubertiade, Hohenhems and recitals with Angelika Kirchschlager at the Verbier Festival and at the Wigmore Hall.

Last season he gave a European tour with Stéphane Degout including performances at the opera houses of Dijon, La Monnaie, Lausanne and Lyon as well as the Wigmore Hall. He presented an all Schubert programme with Ilker Arcayürek in Barcelona, Zürich and at the Wigmore Hall where further appearances included recitals with Dame Felicity Palmer, Karen Cargill, Mark Padmore and Morgan Pearse. With Benjamin Appl he toured to India including recitals in Mumbai and Chennai and with the violinist Carolin Widmann to São Pualo. Future highlights include a return to Carnegie Hall with Sally Matthews and the release of a song disc for Harmonia Mundi with Stéphane Degout.

His discography includes 2 volumes of Debussy Songs and a Strauss disc with Gillian Keith, a disc of Mahler songs with Karen Cargill, the complete songs of Jonathan Dove with Kitty Whately and a CD of contemporary violin works with Carolin Widmann which received a Diapason d’or. Recent releases include a song recital disc with Dame Felicity Palmer and CD of Schubert songs with tenor Ilker Arcayürek Gramophone Editor’s Choice (Awards 2017 issue)