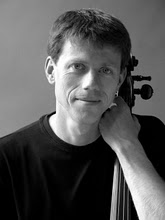 He is Principal Conductor of the 140-year-old Royal Orchestral Society in London, with whom he has conducted a wide range of the large-scale orchestral and choral repertoire. Soloists include Piers Lane, Emma Johnson, Kristine Balanas and Kyril Zlotnikov, and future plans include concertos with Lawrence Power, Benjamin Grosvenor, Tom Poster and Allan Clayton.

Orlando studied cello with William Pleeth, Alexander Baillie and Raphael Wallfisch, and has recorded all six Bach suites for solo cello, among other discs. He gives regular recitals of solo Bach as part of his ‘Cello Pilgrimage’, concerto performances with the Orchestra of the Swan and others, and plays as principal cello with many orchestras as well as in the cello section of the LSO, Philharmonia, BBC Symphony Orchestra and London Philharmonic Orchestra.

After graduating from the National Opera Studio in London where he won the first Leonard Hancock scholarship, Orlando Jopling co-founded the modern opera company Tête à Tête and conducted over a dozen commissioned operas and the modern world première of Vivaldi’s lost opera Orlando finto pazzo as well as Die Fledermaus and other standard repertoire.

He worked with Diego Masson on the three Da Ponte operas at Dartington and went on to conduct Figaro for Savoy Opera, The Merry Widow for Carl Rosa, La Scala di Seta for Independent Opera, Albert Herring for British Youth Opera and Don Giovanni, Figaro and Idomeneo in Vienna with the Schönbrunn Orchestra.

After reading music at Trinity College Cambridge, Orlando studied conducting at the Royal Academy in London. He has assisted André Previn, Sir Colin Davis, Paul McGrath and Wyn Davies at some of the major UK opera companies including Scottish Opera. He has accompanied a wide range of soloists including Sinéad O’Connor and Martha Wainwright.