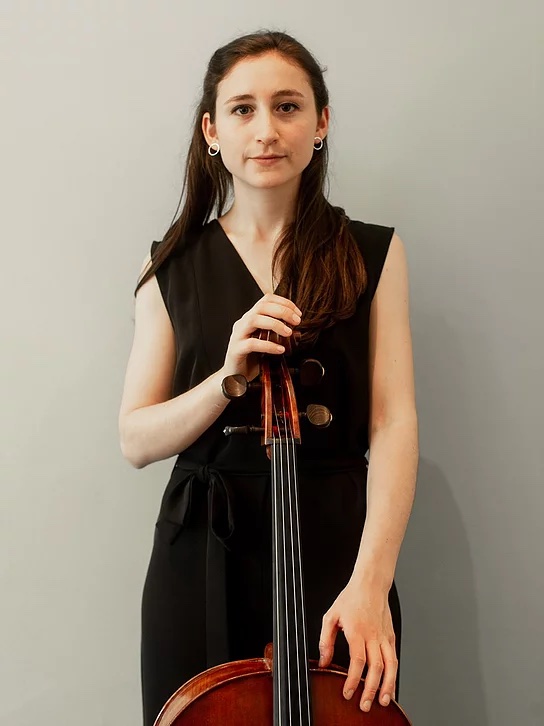 Eliza Millett is a founding member of the Echea Quartet, with whom she has performed in such venues and festivals as Ferrandou Musique (France), Festival de los Siete Lagos (Argentina), West Cork Chamber Music (Ireland), the Banff Centre (Canada), the Musikverein (Vienna), Wigmore Hall (London), Philharmonie de Paris and at the World Economic Forum (Switzerland). Eliza graduated from Lincoln College, University of Oxford (2017) where she attained First Class Honours in Music. More recently, she graduated with a Masters of Arts from the Royal Academy of Music where she was the Ruth Waddell Scholar under the tutelage of Christoph Richter (2017-19). At the Academy, Eliza was the winner of the May Mukle/ Douglas Cameron Cello Sonata Prize (2018) and received the John Barbirolli Award (2018/19). Eliza has performed as a soloist and chamber musician in a number of UK venues such as Wigmore Hall, St John’s Smith Square and St James Picadilly. She gave her debut recital at the International Lake District Summer Music Festival in 2018. Other performances of note include Elgar’s Cello Concerto (adagio) with the Orchestra of St John’s for BBC Radio 3’s ‘Private Passions’. Eliza has attended the Banff Centre (Canada) and Domaine Forget (Quebec) where she performed and took masterclasses with international musicians such as Raphael Wallfisch, Colin Carr, Johannes Moser and Gary Hoffman. She co-directs SmorgasChord.