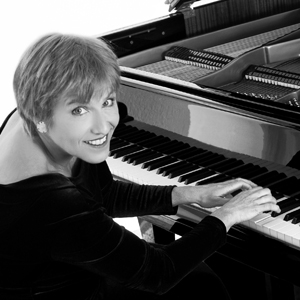 Christiane Behn, born in Hamburg, began the piano at the age of five, and under the instruction of Gisela Stumme showed very early promise.

During her time at the Hamburg “Musikhochschule” Christiane was the holder of the ‘Masefield’ scholarship, studying under Prof. Yara Bernette, Prof. Conrad Hansen and Prof. Aribert Reimann.

In this time she won first prize at competitions in both Lübeck and Florence. Christiane came to teach eventually at the Hamburg “Musikhochschule”, first as assistant to her professor Yara Bernette, and then in her own right as guest piano tutor. Since 2010 she has her own piano class as professor at Hamburg conservatory.

After graduating as concert pianist she has worked as soloist, chamber-musician, and accompanist to singers such as Daniela Bechly and Frederick Martin, giving concerts in the “Alte Oper” in Frankfurt, the Berlin “Philharmonie”, the Hamburg “Laeiszhalle”, and the Schleswig-Holstein music festival.

She has recorded for the German radio broadcasters SWF, NDR, ZDF, “Deutschlandradio Berlin” and “Deutschlandfunk”.

Christiane’s success has taken her outside of Europe to the USA, Brazil, Chile, Panama, Mexico and Nepal.

Her CD recordings include Claus Bantzer’s ‘Jazz-Mass’ on the “Arte Nova” label and two CD´s on the label “Musicaphon” with the pianotrio TrioKairos. The first one includes trios of the 1920th and the second CD has scottish and other songs from Haydn and Beethoven together with the soprano Daniela Bechly.

In 2008 the premiere of an arrangement of Gustav Mahler’s 2nd symphony made by her ancestor Hermann Behn, a close friend of Gustav Mahler, for two pianos and chamber choir had been performed in Hamburg “Laeiszhalle”.