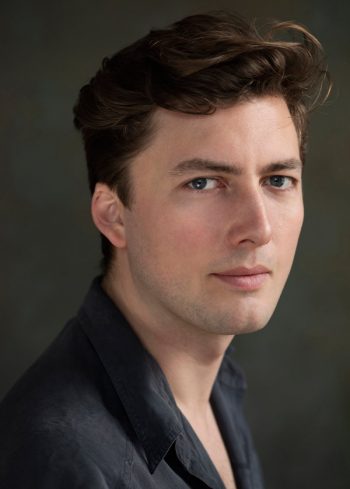 British baritone Dominic Sedgwick is a recent graduate of the prestigious Jette Parker Young Artist Programme at the Royal Opera House and has been selected as a Rising Star of the Orchestra of the Age of Enlightenment for the 2019/20 and 20/21 seasons. He previously studied at GSMD with Robert Dean.

After returning to the Royal Opera as the English Clerk in a new production of Death in Venice by David McVicar, further engagements for the 2019/20 season include performing Mahler’s Kindertotenlieder with the OAE at the Queen Elizabeth Hall, Bach Cantatas with the OAE at Kings Place, Mendelssohn’s Elijah, Bract in She Described it to Death by Matt Rogers for the ROH Linbury and his debut with the Grange Festival as Demetrius A Midsummer Night’s Dream.

In March he will perform in the semi-finals of the 2020 Glyndebourne Cup. This season he has also made debut performances with the RLPO with Sofi Jeannin and at the Bonn Beethoven Festival with the OAE.

Dominic performs widely as a soloist on both the concert and recital platform. In 2019 he made his debut recital at the Wigmore Hall with pianist Ceri Owen, and again as an alumnus of the Samling Artist Programme.

During his studies he was a Samling Artist, a Britten Pears Artist, a Drake Calleja Scholar and was awarded the Audience Prize as a finalist in the Grange Festival International Singing Competition 2017. He previously read Theology at Clare College, Cambridge.