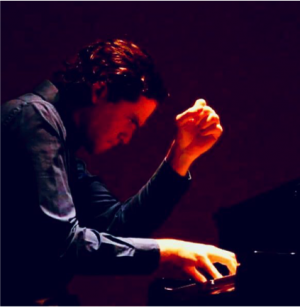 At the age of thirteen, Venezuelan pianist, Emiliano Ramniceanu had already made his debut at the Teresa Carreno Hall in Caracas with the Miranda State Symphony Orchestra.

He later received a scholarship to study at the Interlochen Arts Academy and also at other institutions in the United States. Since then, Ramniceanu has worked as a soloist, chamber-musician, and ensemble pianist for different orchestras in the United States and for El Sistema in Venezuela. As a soloist, he has performed in major cities around the world including San Francisco, Rochester, Greensboro, Paris, London, Vienna, Hamburg, Amalfi and Caracas.

He has also played as a soloist with various orchestras including the Francisco de Miranda Symphony and the Miranda State Symphony Orchestra in Venezuela, and the San Francisco Conservatory Orchestra in the United States. He has performed as a part of the Andres Bello Trio in Pamplona and Cucuta, Colombia where he also gave masterclasses. Ramniceanu has recorded for the Interlochen Public Radio.

Ramniceanu continues to give regular performances whilst studying on the “Artistic Mastery” course at the Hamburg Conservatory under Christiane Behn. Among his future engagements, Ramniceanu is scheduled to play as a soloist in the Elbphilarmonie in the coming months.
Honors and Prizes