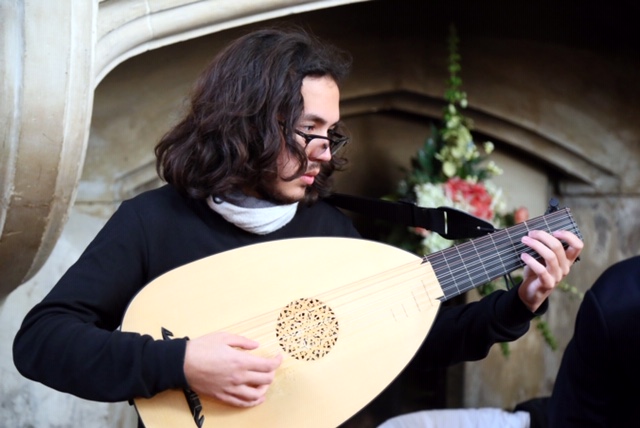 From Mexico, Sergio Bucheli started playing the classical guitar at the age of eight. He studied at the Yehudi Menuhin School in England, with support from, among others, a bursary funded by the Rolling Stones. Since September 2016, Sergio has been dedicated to the study of the lute and related instruments, and was awarded the ABRSM Scholarship to pursue his studies at the Royal Academy of Music with Elizabeth Kenny. This year he was a finalist of the Royal Academy of Music Patron’s Award and the New Elizabethan Award organised by the Worshipful Company of Musicians; Sergio also won the Nancy Nuttall Early Music Prize with his Renaissance chamber group, Comalli.