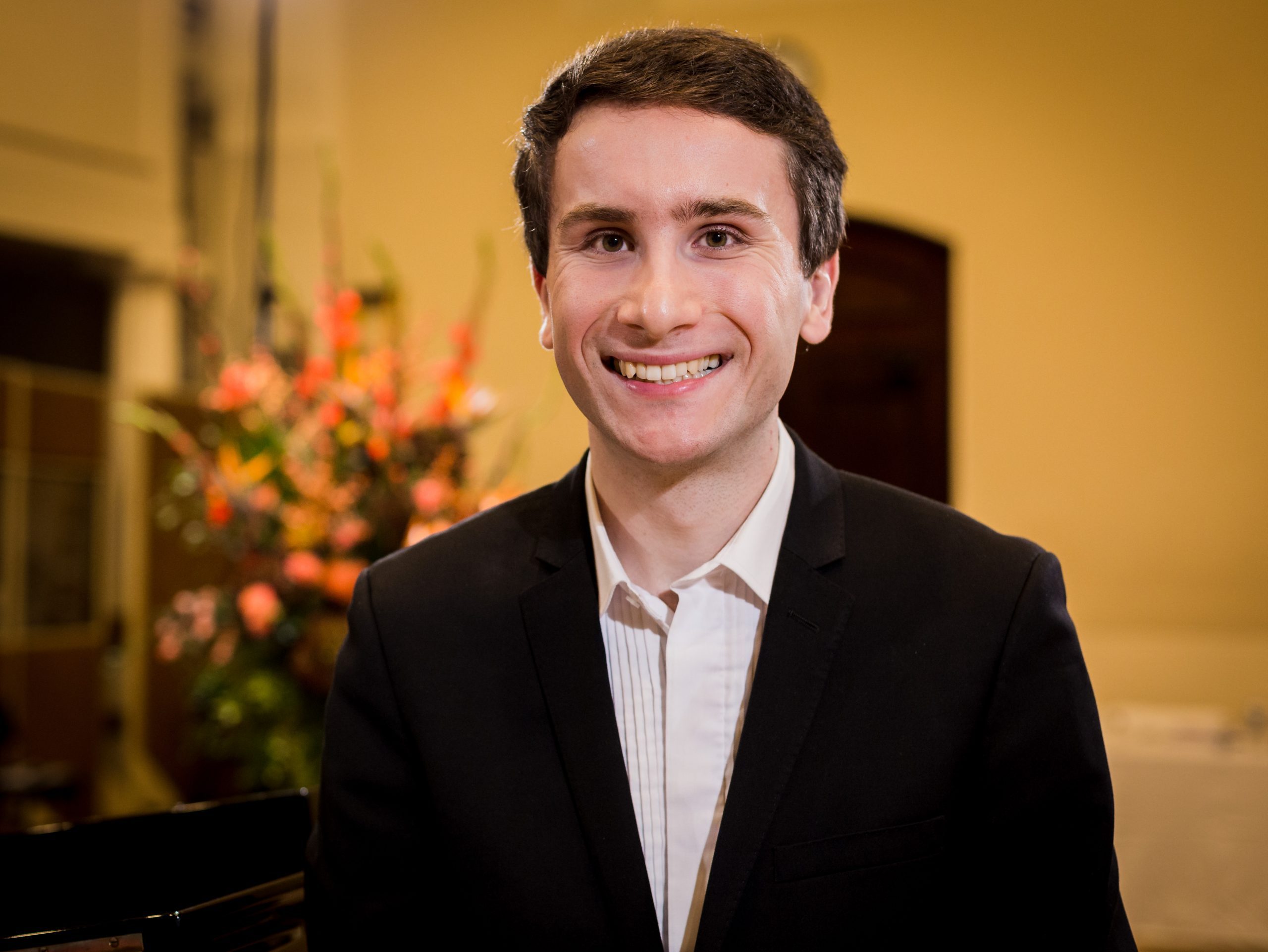 George Ireland recently graduated with distinction from the Royal College of Music where he studied collaborative piano under Simon Lepper and Roger Vignoles. He also studied conducting, vocal coaching and continuo.

From a non-musical background, he began to play the piano from scratch, self-taught at the age of 14. He is now 26 and enjoys a thriving career, in demand both as a recital partner with some of the finest singers of his generation, and as a repetiteur in Opera and Choral music.

In both 2020 and 2021 he accompanied the winning recitals at the Kathleen Ferrier Awards, with Jessica Cale and Hugh Cutting respectively. With Jessica Cale he was an Emerging Artist in the 2021 Oxford Lieder Festival, performing Strauss alongside Gwenneth Ann Rand and Simon Lepper, and with Hugh Cutting he has recently enjoyed an appearance on Radio 3’s In Tune.

At the RCM he was selected for a project exploring the Lieder of Robert Kahn, which saw performances at the German Embassy in London and the Akademie Der Künste in Berlin. He returned to Germany in September 2019, where his Bielefeld performance of Winterreise with Daniela Bechley was reviewed with enthusiasm in Neue Westfälische:

“Those present experienced how the singer and pianist explored this dark and powerful cycle, and that two people had captured a timelessly significant masterpiece entirely in its essence. And that they had not only the musical class, but also the inner relationship to interpret the “Winterreise” movingly”.

As an undergraduate he won the 2016 University of Birmingham concerto competition and performed Grieg’s concerto with the University Symphony Orchestra. He was also much in demand as a recital accompanist, and in his final year enjoyed a masterclass with Carolyn Sampson and Joseph Middleton.

In an operatic and choral capacity he has recently enjoyed work with the youth companies of the Royal Opera House and Glyndebourne, and in 2017 he was selected as a repetiteur for British Youth Opera’s production of The Rake’s Progress under Lionel Friend. As an undergraduate at the University of Birmingham he was for 3 years the repetiteur for the Summer Festival Opera (including Albert Herring under Jessica Norton, and later productions of The Beggar’s Opera and The Enchanted Pig). He was also appointed accompanist of the University Chorus under Julian Wilkins.

He has enjoyed a close relationship with the Pimlott Foundation for the past 10 years.