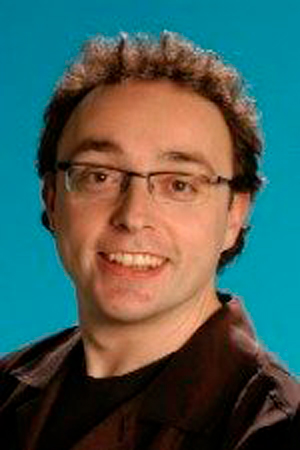 Born in Leeds, Jason attended the Guildhall School of Music and Drama in London’s Barbican Centre, where he studied composition with Francis Shaw.

After winning the 1988 Vivian Ellis Prize for young writers of musicals, Jason was invited by director Peter Hall to compose the musical Born Again Click for photos (from Ionesco’s absurdist play Rhinoceros), which was produced at Chichester Festival Theatre in 1990 with Broadway and Hollywood stars Mandy Patinkin and Jose Ferrer.

From 2003-5 he was Associate Composer at the Chichester Festival Theatre where, as well as composing incidental music for six plays and hosting a sell-out series of late-night cabarets, his music and lyrics were heard in two new musicals: a main-stage adaptaion of Charles Kingsley’s The Water Babies Click for photos (book by Gary Yershon) directed by Jeremy Sams, starring Louise Gold and Joe McGann in 2003; and a specially-commissioned chamber musical for the Minerva: Six Pictures of Lee Miller (book by Edward Kemp) directed by Anthony van Laast, starring Anna Francolini in 2005.

His most recent works are musical adaptations of Dickens’ A Christmas Carol (written with playwright Bryony Lavery) produced at Birmingham Rep, and (also with Ms. Lavery) Hans Christian Andersen’s The Snow Queen for Chichester.

Jason has composed incidental music for over 40 plays at the RNT, RSC, in the West End and on Broadway. Favourites include four by Tennessee Williams – The Glass Menagerie (directed by Sam Mendes at the Donmar), Suddenly, Last Summer (directed by Sean Mathias at the Comedy), Camino Real (RSC Swan) and Vieux Carre (both directed by Steven Pimlott).

And many people seem to have fond memories of Bim! Bam! Bom! – the ‘winning’ entry in Tim Luscombe’s EuroVision (Vaudeville)!
Work as an orchestrator includes the 5 Olivier Award-winning London revival of Stephen Sondheim’s

Sunday in the Park with George which transferred to Broadway, winning Jason the Drama Desk Award and a Tony Award nomination for Best Orchestrations in 2008. He has also orchestrated the recent London productions of Annie Get Your Gun, La Cage Aux Folles and A Little Night Music (currently playing on Broadway with Angela Lansbury and Catherine Zeta-Jones).

He is also a musical director for the Lost Musicals seasons.