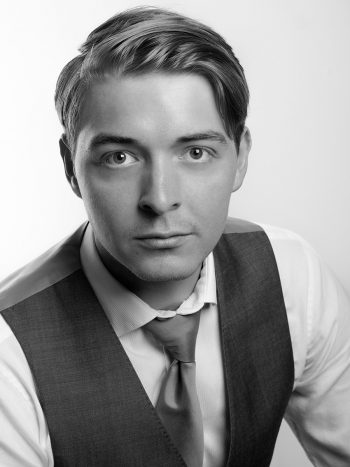 Baritone Jerome Knox was born in Harrow, Middlesex and is the inaugural recipient of the Gleneagles Scholarship as he joins the Alexander Gibson Opera School at the Royal Conservatoire of Scotland studying with Scott Johnson.

Previously, Jerome studied with Russell Smythe at the Royal College of Music is also a Classical studies graduate from the University of Edinburgh.

He also created the role of WH Auden in Journeying Boys/Iain Burnside at RCM. Jerome recently made his solo debut in the Royal Albert Hall and was a soloist at the Edinburgh Jazz festival.

He has recently participated in masterclasses with Roderick Williams and Dame Anne Evans. Upcoming solo performances the role of Pallante in Handel’s Agrippina at the RCS in January 2017.

He also sings Handel’s Messiah with the Dunedin Consort in Perth, Edinburgh, Glasgow and London in December 2016.