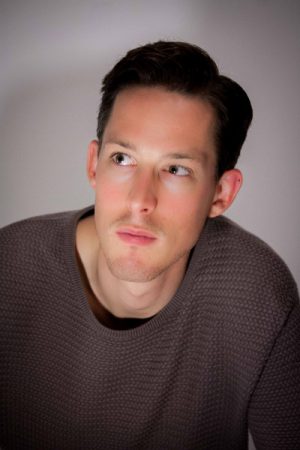 Bass-Baritone Richard Moore grew up in Suffolk and studied at the Royal Northern College of Music. He is a BBC Introducing Classical Artist.

Richard has sung in the choruses of La Monnaie and Opera North, and the Nevil Holt, Longborough, and Buxton festivals.

He appears regularly as a soloist at St Martin in the Fields, most recently in Handel Messiah, Vaughan Williams Fastasia on Carols, and Bach Cantata 153.

He is a founder member of Dame Emma Kirkby’s Dowland Works and performs with the group at venues around the UK.

He studied Music and Spanish at the Universy of Sussex and vocal performance at the RNCM. During his time in Manchester he won multiple prizes and was a finalist in the Elizabeth Harwood, Frederic Cox and Gold Medal competitions.

He also was the winner of the President’s Prize at the 2015 Bromsgrove International Young Musicians Competition and the 2nd Prize at the 2015 AESS National English Song Competition. During his studies he was very lucky to have the generous support of The James Caird Trust, The D’Oyly Carte Charitable Trust, The Francis Higgins Award, The Dartington International Festival and Summer School, and The Pimlott Foundation.

Richard has beeen a member of the chorus at the Théâtre Royal de la Monnaie in Brussels since January 2018.

During these strange times, we just wanted to make contact to wish you all well, and update you on our (non!) activities at the moment.

Obviously, as we are not allowed to travel or gather, we have had to postpone our May piano concerts, and our Summer Concert, which would have included gardens open, a play about Gainsborough, and art exhibition as well as Family Choir.

But there will be light at the end of the tunnel, and eventually we shall all meet up again to enjoy music together.

We are unsure as yet about our September concert and are awaiting government advice on when we can gather, and in what format but we’ll update you on everything as soon as we have more information.

In the interim, stay safe.  There’s lots of music on the radio and online too. Hopefully we’ll all meet up again at Old House soon.

Looking forward to seeing you in the near future,