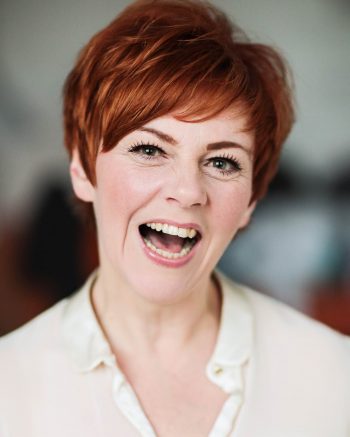 Her extensive career has encompassed opera, musical theatre, TV, radio and film. Olivier Award nominated for her performance as operatic diva Diana Divane in Lend me a Tenor the musical Sophie-Louise most recently created the roles of Paula Paxton in West End musicals Bend it like Beckham (Phoenix) and Barbara Castle MP in Made in Dagenham (Adelphi).

Sophie’s extensive concert career has seen her headline on the major platforms including Royal Albert Hall (Raymond Gubbay Xmas Festival). She is a regular guest artiste on Radio 2’s Friday Night Is Music Night and her one-woman show “From Classic to Coward to Current” has been performed in London, New York and LA.

TV, radio and film credits include Doctors (BBC), Granny McFitch in BAFTA winning Trapped! – Ever After (CBBC), Mr. Bean (ITV1) and The Phantom of the Opera. (Warner Bros)