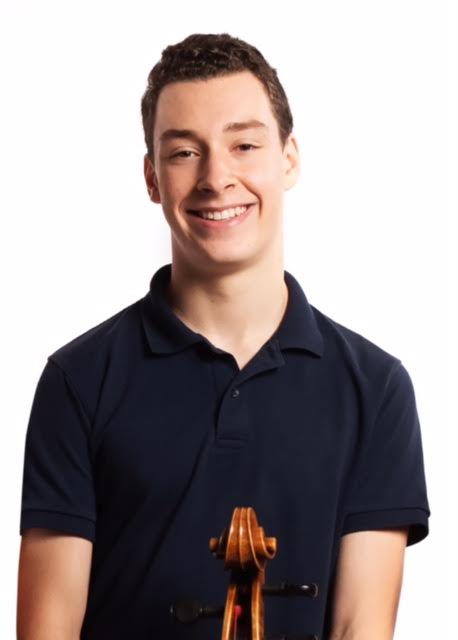 Adam Cubitt was born and raised in Stoke-by-Nayland; he completed his last year at Chetham’s School of Music in July 2021, when he was awarded the prize for Outstanding Progress in Cello Playing, in addition to receiving the prestigious Boutflower Watch for his contributions to the school. In the autumn of 2021 he will begin his undergraduate studies with Felix Schmidt at the Royal Academy of Music.

Adam has been a member of the National Youth Orchestra of Great Britain as well as the National
Youth String Orchestra. In Switzerland, he studied at Astona International Summer Music Academy where he was taught by the cellist Francis Gouton, and he has attended the Allegro Vivo masterclasses in Austria under the tutelage of Troels Svane and Gregor Horsch. Adam’s string quartet, Prizewinners in the 5th International Young Musicians Chamber Ensemble Competition “Spring Sonata” 2021, worked under Paul Watkins of the Emerson Quartet in the spring of 2021.

In 2019 Adam won first prize in the North London Festival and later that summer took part in a week of intensive cello classes at La Mariette in France with Ursula Smith. He has participated in further masterclasses with Alexander Baillie, Christoph Richter, Guy Johnston, Jonathan Dormand and Jeroen Reuling. Adam has taken part in outreach work in schools across the country over the last few years, both at Chetham’s and in NYO. At the beginning of March 2020, Adam performed at The Royal Academy of Music by invitation of the London Cello Society.